Professor Hyung-Cheol Shin says that the strategy for the training of semiconductor talents has to be specialized for each regional area. (The Munhwa Ilbo, 2022.06.14) 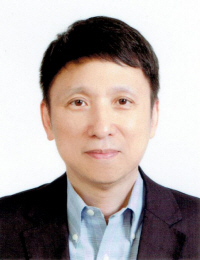 Hyung-Cheol Shin, Professor at the SNU Department of Electrical and Computer Engineering

The semiconductor industry in the 21 century is a high-tech, high-value industry. Accordingly, the international competition among countries such as the United States, Japan, China, Taiwan, and the EU is very fierce. In addition, as rapid technological innovation is required, continuous R&D and large-scale facility investments are required. Of course, a sufficient number of experienced personnel are needed to be active in the semiconductor field.

The semiconductor field is a comprehensive field that requires an understanding of various fields such as mathematics, physics, and software, so it takes more time to train the necessary human resources than in other fields. The reasons why South Korea, a nation built on a small land with poor environmental conditions, was able to succeed in the semiconductor industry are the patriotic atmosphere and the industrialism that led to brilliant talents going pursuing majors in science and engineering, then to companies to maintain a high level of R&D activities.

However, after the foreign exchange crisis, the quality of professionals declined along with the avoidance of science and engineering majors, and the number of personnel in the semiconductor field also decreased due to several regulations such as the metropolitan area regulations and the selfishness of some of the departments within the school. For example, the number of students entering the Department of Electrical and Computer Engineering at SNU, which was once around 300, is now about half that number, at 160.

The scale of semiconductor companies such as Samsung Electronics and SK Hynix has grown tremendously since the 1980s, and accordingly, the required number of semiconductor personnel has increased accordingly. The resultant imbalance in supply and demand began a long time ago.

In order to nurture and secure human resources, companies are making various efforts, such as establishing universities within the company, retraining employees, and attracting personnel through scholarship programs. However, the main suppliers of human resources are universities, which are bound to be swayed by government policies. The recent efforts to establish contract departments for semiconductors can be seen as part of the joint effort made by the government, companies, and universities with the goal of securing semiconductor personnel.

However, difficulties arise in the establishment of contract departments due to various objections, and even if they were to be established, the number of personnel trained is far less than the demand. Due to the policy limiting the total quota for universities in the metropolitan area, the increase in the size of STEM majors is faced with a wall.

Recently, the United States, Japan, China, Taiwan, and other countries have recognized the importance of semiconductor manpower, and various forms of large-scale private and public programs for the training of semiconductor personnel have been created. Korea also has to recognize that there is a problem in the quantitative and qualitative supply of manpower and boldly improve them if the semiconductor industry, which is an important industry for the nation’s welfare, is to continue being competitive in the rapidly changing and competitive environment.