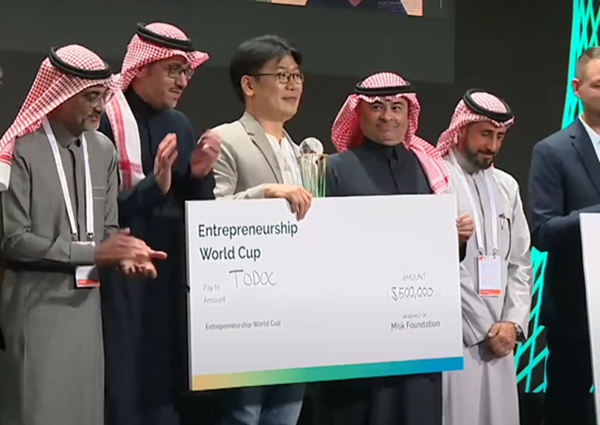 EWC is one of the world’s largest start-up pitching contests and support programs, with over 300,000 teams applying from over 200 countries since its inception in 2019. To date, it has provided $2 million in prize money and created support programs worth $150 million in total. 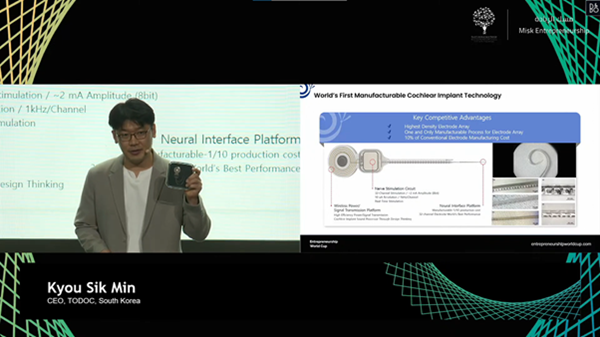 Kyu-Sik Min presented the world’s first 32-channel, mass-produced, next-generation cochlear implant prototypes to the judges at the finals, and proposed a business model that will compete with the current market that is valued at over $ 2 billion through its technological and performance superiority, and will open a new market for affordable cochlear implants in developing or lesser developing countries.

CEO Min said, “We could win the grand prize because the economic value and the social value of TODAK’s business direction were evaluated highly.”, and that “Being able to compete with other strong teams alone was an honor, but by winning the grand prize, I gained greater confidence and responsibility”.

Meanwhile, TODAK’s implants are aimed to be released next year in 2022. The implants have passed the international standard reliability tests, which are necessary to be approved by the Ministry of Food and Drug Safety, and are currently undergoing the final approval processes.