Professor Sae-Woong Bahk, Kyu-Seok Shim, and Hyuk-Jae Lee appointed as new members of the National Academy of Engineering of Korea (NAEK) for the year 2023 (Electronic Times, 2022.12.27) 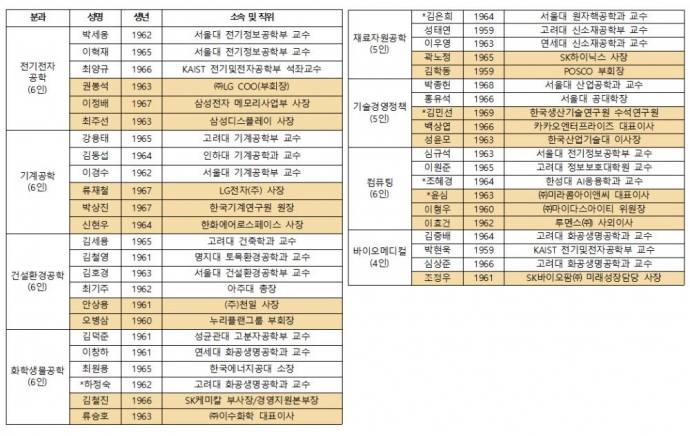 NAEK (Chairman Oh-Kyung Kwon), the highest authority in the field of engineering technology in Korea, announced the list of new members for the year 2023 (44 regular members, 93 general members), which was confirmed after a 10-month-long multi-stage review.

The screening process begins with the discovery and recommendation of candidates in the first half of the year. In the second half, there is a detailed evaluation of achievements carried out in a four-step process that continues until the end of the year. After examining not only academic achievements but also achievements in various aspects, such as patents, nurturing of talents, industrial development, and developing a certain technology for the first time in the world, there is a written vote session held among the regular members.

In line with the rapidly changing industrial technology environment, the academy has reorganized its 6 departments, which have been running since the establishment of the academy, into 8 separate departments.

Chairman Kwon said, “We elected members according to strict screening standards, and we made efforts to establish two new departments, contribute to the fields of cutting-edge, new technology and convergence, and actively discover outstanding young talents”.