[Hyuk-Jae Lee’s Chip Behind] The golden time for the cultivation of talents in the field of semiconductors is passing. (Seoul Economics Daily, 2022.03.26)

Qualcomm developed a semiconductor chip for smartphone use

The battle for ultra-fine fabrication technology is getting fiercer, but

Koreans still avoid STEM… the state has to step in 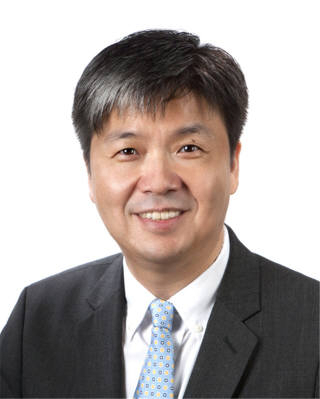 The technological competition between the two companies feels like watching the competition between Intel and AMD in the 2000s. During those times, Intel, which was the leading company, with a market share of more than 50% in the PC semiconductor market, competed fiercely with AMD in the field of microfabrication technology. AMD was then the second largest company. Microfabrication is a technology that improves efficiency by making transistors smaller to make more transistors given the same cost. For example, since the 45 nm process is finer than the 65 nm process, the efficiency is improved by a factor of around 2. However, making smaller transistors increases the rate of producing defects. Thus, the extent to which the defect rate is reduced is a measure of a company’s technological level. During the mid-to-late 2000s, Intel succeeded in miniaturization according to the plan of successively developing 65 nm, 45 nm, and 32 nm processes, but AMD failed to reduce the defect rate and fell behind. Due to delayed product development, a vicious cycle of declining market share occurred, and they reached the point where they were unable to obtain sufficient investment costs. Finally, in 2009, after receiving investment from the United Arab Emirates, the foundry division was separated to found Global Foundry. Afterward, despite large investment funds, AMD still failed to reduce the defect rate and finally gave up on developing their own technology in 2015.

In Taiwan, where TSMC is based, many students who obtained high scores in their college entrance examinations apply for the semiconductor field. In contrast, since the early 2000s, there has been a phenomenon of students avoiding STEM areas in Korea, leading to a declining number of brilliant students entering engineering colleges. This problem has been present for more than 20 years. This phenomenon may be one of the major reasons why Samsung Electronics’ defect rate is higher than TSMC’s defect rate. As the semiconductor manufacturing process becomes more sophisticated, the difficulty of problems that the engineers face increases, and the number of engineers that can solve the problems decreases. There is a high probability that engineers with the potential to solve those problems were students that entered elite universities within the capital by achieving stellar results in their CSATs. This is the reason why it is necessary to increase the size of universities in the capital to foster talents in the field of semiconductors.

The current competition between Samsung Electronics and TSMC can be compared to, and the results can be predicted from the competition between Intel and Global Foundry at some point in the late 2000s. Since 6~7 or 7~8 years from that point in time, Global Foundry gave up the competition, and after a series of events, now remains a second-class company. Samsung Electronics has already lagged behind TSMC in the development of 7 nm and 5 nm processes, and the current high defect rate indicates the high possibility of Samsung Electronics lagging behind in the development of next-generation processes. To prevent falling out of the competition in a few years as Global Foundries did, it is critical to attract bright talents by increasing the size of top universities in the capital. Considering the time to cultivate new talents in the semiconductor field, the end of the golden time of Korea’s semiconductor industry is just around the corner.