Chang-Hee Lee, the vice president of Samsung Displays, elected as a director of the International Electrotechnical Commission. (Seoul Economics Daily, 2022.03.22) 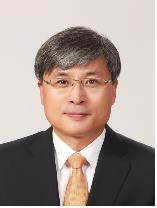 Vice President Chang-Hee Lee (pictured above), of Samsung Displays, was elected as the director of the Market Strategy Board (MSB) of the International Electrotechnical Commission (IEC), an international standardization organization in the field of electrical and electronic fields. His term of office is three years, ending in March 2025.

According to the Ministry of Trade, Industry and Energy’s National Agency for Technology and Standards, Professor Dong-Seop Kim of Mokpo University entered MSG in 2017 and with Vice President Lee joining MSB this time, the number of Korean directors in MSB has increased to two. The MSB is an important policy committee of the IEC that predicts future technology trends and discovers future standardization target technologies. Vice President Lee, who served as a professor at the Department of Electrical and Computer Engineering at SNU, and is currently serving as the president of Samsung Display’s R&D center, is considered to be an authority in the field of organic light emitting diodes (LEDs). He also served as IEC's OLED display working group chairman from October 2005 to December 2008.