Emeritus Professor Wook-Hyun Kwon, appointed as a member of the American National Academy of Engineering. (The Dong-A Ilbo, 2022.02.17) 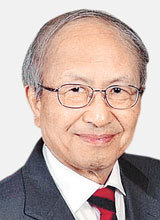 Emeritus Professor Wook-Hyung Kwon (79, above photo), of the Department of Electrical and Computer Engineering at SNU, was appointed as a new international member of the National Academy of Engineering of the United States on the 10th. The National Academy of Engineering is an organization of scholars in the field of engineering, and is considered as one of the top three academies in the United States. Among the international members elected this, year, the only Korean is Emeritus Professor Wook-Hyun Kwon. He received the Korea’s most outstanding scholar in the field of science and technology award in 2007, and was awarded the Korea Science and Technology Merit in 2018.