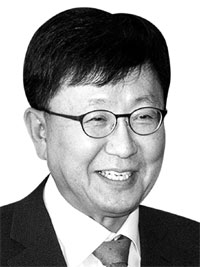 The Korean version of the New Deal to lead the post-pandemic era was announced. The idea is to invest 160 trillion won over five years and to create 1.9 million jobs by promoting the Digital New Deal and Green New Deal. The Digital New Deal is a plan to accomplish digitalization within the nation and in industrial fields in general. Digitalization is also a requisite for the Green New Deal, which aims for low-carbon society. The question is, who will be executing the budget of 160 trillion won so that Korea transforms from a follower to a leader? The immediate problem is that there is no ready pool of experts to guide during this great shift.

The United States, at the frontier of the digital industry, has absorbed the top talents from around the world through platform companies such as Google, Amazon, and Microsoft. Furthermore, educational innovation in prestigious U.S. universities is solidifying America’s upper hand. Even China, running behind the U.S., is undeniably inferior in securing top experts and providing college education.

Surprisingly, innovation in American college education was driven by private organizations, not the government. They had foreseen the advent of the data and Artificial Intelligence (AI) era. University of California, Berkeley, financially supported by the Gordon and Betty Moore Foundation and the Alfred P. Sloan Foundation starting in year 2013 and over a period of five years, made the most significant revolutionary change since its establishment. One thousand five hundred freshmen took an introductory course to data science as an elective. Because of these students, subsequent subjects such as biology and sociology were accordingly altered. Each year, 6,000 Berkeley undergraduate students take data science courses. This January, Berkeley, which created an intercollege data science academic institute, recruited a former U.C. professor who had experience in research in the industry as the vice president. An anonymous benefactor donated 250 million dollars to Berkeley. This is equivalent to two thirds of this year’s government subsidies for SNU.

At Stanford, a private university situated in the middle of Silicon Valley, students with majors in the humanities and social sciences study data science and AI subjects and start businesses or work for companies like Facebook.

The innovation in intercollege data science education by leading US universities is based on different principles from those of some Korean AI graduate schools, which aim for specialized AI experts. Specialized education may help supply AI technicians, but it strays from training digital innovation talents essential for Korea to lead the world. This is because innovation in the digital world is directed by ambidextrous talents who have expertise in data science and AI in one hand and have a grip on specific domains. They must be able to gather new data, create new questions, and come up with creative answers.

It is urgent that such creative and aggressive talents are cultivated for the Korean version of the New Deal to succeed. However, it is not easy for universities to secure an adequate scale of data science and AI educational innovation on their own.

I propose that as the first step in the Korean New Deal, a tentatively named ‘National AI Education Innovation Institute’ be established by concentrating the national capacity for data science and AI-based educational innovation. This institute should invite professors from national universities, elementary, middle, and high school teachers, and industry experts to hold discussions for six months or a year in one place and to experimentally create and distribute each field’s educational curriculum. As education and research are inseparable, research with the world’s leading researching institutes should be conducted from the start. The results should be immediately dispersed nationally through education. If dispatched educational innovation contributors return to their local bases to act as pioneers of data and AI innovational education, they will be able to draw out digital innovation specialized to the local business.

I look forward to the rapid accumulation of talents in digital innovation who will reach the world with their creativity and innovations in the dam of the Digital New Deal.