Senior Vice President Choi was recognized early in his career as an authority in wireless communications. Whether Samsung Electronics will succeed in yet another recruitment of external talent is noteworthy. 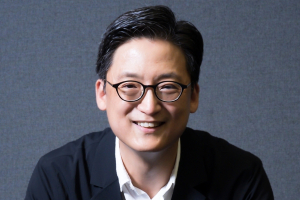 Senior Vice President Choi is a communications expert acknowledged for his research achievements in wireless communications and network even at a young age.

That is why Samsung Electronics has placed him in charge of leading 6G technology.

Later in September 2019, Senior Vice President Choi, who was serving as a professor at SNU ECE, was appointed as head of the center. He gave a lecture on the topic of ‘the evolution of next-generation communications’ at Samsung Research’s “Tech Forum 2019” held in the U.S. in October and took part in external activities.

He is considered a scholar who has taken a typical elite course. After graduating from Gyeonggi Science High School for the Gifted, he obtained his bachelor’s and master’s degrees at KAIST’s School of Electrical Engineering. He received his ECE Ph.D. in the field of wireless networks at the University of Michigan, the United States.

After conducting research in the standardization of wireless LAN for three years in the Philips Research Institute, United States, he became a professor at SNU in September 2002 and spent 17 years in academia. As a professor, he conducted joint research in wireless network fields such as next-generation Wi-Fi and 5G communications with companies such as Samsung Electronics.

In his thirties, he had already published more than a hundred papers in international journals, held twenty patents, and was active as an editor of internationally prestigious journals and a member of the conference management council.

In recognition for his achievements in the wireless network field, he received IT Young Engineer Award jointly awarded by the International Institute of Electrical and Electronic Engineers (IEEE) and the Institute of Electronics Engineers of Korea (IEEK). In 2008, he was presented with the Young Scientist Award jointly awarded by the Ministry of Science and Technology and the Korean Academy of Science and Technology.

In 2013, he became an IEEE fellow in his early 40s, which is exceptional considering his age. IEEE fellowship is a title given to the top 0.1% members who have contributed to society through research and development. Even within Samsung Electronics, the number of IEEE fellows is few; Kinam Kim, Vice Chairman of Samsung Electronics Device Solutions Division, and Daniel Lee, Executive Vice President of Samsung in charge of New York AI Center, are IEEE fellows.

Choi was also chosen as the best scientist in this field by Guide2Research, a research portal in the field of computer science.

In the 6G white paper published on the 14th, Samsung Electronics predicted that around 2030, 6G technology would be commercialized in earnest. Even though we have a decade more to go, the competition for 6G technology research and standardization is fierce around the world.

Senior Vice President Choi has previously taken a leading part in the research for the international standard of wireless LAN. It is expected that he will be of great support in helping Samsung Electronics lead the 6G standardization.

He showed his will to secure Samsung Electronics’ leadership in next-generation communications technology.

In an Interview with the Samsung Electronics Newsroom, he said, “When conducting research, we consider various technologies that can be implemented in the future even if it is difficult at the present moment. As a global leader in standards, we hope to establish new technologies and tu ultimately draw the big picture of technology that will contribute to humanity.”

Samsung Electronics has worked on securing high-level talents in the wireless communications and network fields. Examples include Won-Pyo Hong, President and CEO of Samsung SDS, who has had experience in Bell Communications Research Inc. and Korea Telecom Corporation, Inyup Kang, President and GM of System LSI Business, who worked for Qualcomm in the past, and Kyung-Hoon Jeon, President of Network Business and past professor at POSTECH.