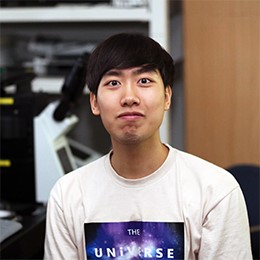 Dogeun Lee (supervisor: Professor Sungjae Kim), currently a Ph.D. student in the Department of Electrical and Computer Engineering, attended the 8th Global Young Scientist Summit (GYSS) as a representative for Korea. It was held in Singapore from January 14th to the 17th. GYSS invites globally recognized scientists such as Nobel Prize Winners to deliver speeches and participate in panel discussions. It provides promising young scientists a chance to interact with the speakers and other fellow scientists to motivate their academic and research activities.

In this year’s GYSS, 300 young scientists (graduate students and post-docs, 9 from Korea) in the field of science technology such as chemistry, physics, medicine, mathematics, computer science and engineering from around the world were nominated. They participated in keynote speeches and panel discussions by Nobel Prize Winners, exchanged ideas and knowledge with other excellent scientists from around the world and visited research centers and local agencies in Singapore.

Speakers of the summit included: