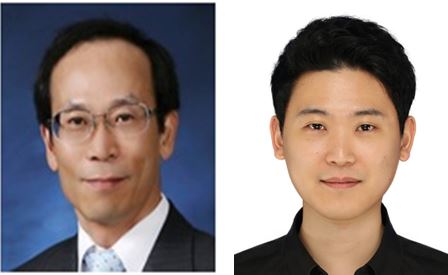 SNU (Chancellor Se-Jung Oh) College of Engineering (Dean, Kookheon Char) revealed that the research team of professor Sin-doo Lee from the Department of Electrical and Computer Engineering developed a novel high-dimensional anti-counterfeiting technology and a secure storage media for optical information. The research team of professor Sin-doo Lee developed an anti-counterfeiting technology and storage media based on an anisotropic optical cavity resonator using liquid type macromolecule and proved the principles behind it. The research results hold significance in a sense that it proved the possibility of expanding simple two-dimensional QR codes to three-dimensional holograms with which different information can be perceived depending on the direction of light.

Until now, developing optics-based anti-counterfeiting technology and storage media needed time-consuming and complicated micro processing. The storage media developed by the research team of professor Sin-doo Lee does not need micro processing so a large area can be manufactured with minimum cost. Depending on the direction of liquid-type macromolecules and the polarization of light, different optical information is saved, read, and perceived so cloning it is also very difficult. Furthermore, the color differs depending on the direction of macromolecules inside the optical resonator so it is possible to save color QR codes or images. It is possible to observe saved information with the naked eye, and it is possible to extract selective information depending on the light polarization.

About the research, professor Sin-doo Lee said, “It will be possible to provide not only optical information storage media with high-capacity like CDs but also high-level of security with QR codes and RFID cards. With this technology, a large number of optical information storage devices can be manufactured at a low cost so it will have huge potential in the aspect of security and anti-counterfeiting.

The research work led by professor Sin-doo Lee and doctor In-Ho Lee was supported by project BK21 of SNU Information Technology. Professor Byoungho Lee from the Department of Electrical and Computer Engineering and professor Sang-Hyun Oh from the University of Minnesota Department of Electrical Engineering also participated in the research. Research work of professor Sin-doo Lee was published online in the international journal ‘Optics Express’ as the Editor’s Pick on August 19th.