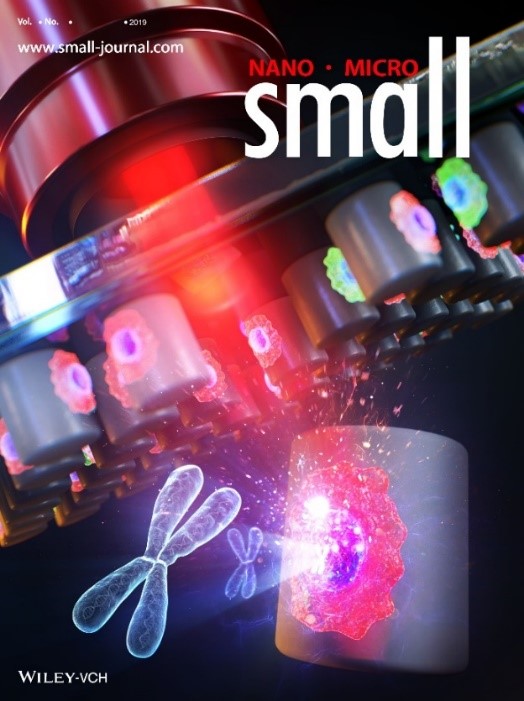 The photo is the cover of the international journal ‘Small’ that has the photo from this research. Photo credits, SNU College of Engineering

On the 21st, SNU college of Engineering revealed the development of the ‘next-generation liquid biopsy’ with SNU hospital. Through this technology, it is expected that initial cancer diagnosis will be possible by carefully analyzing abnormal cancer cells circulating in the blood stream that comes from solid tumors.

Cooperative research team of professor Sunghoon Kwon from Department of Electrical and Computer Engineering, and professor of general surgery Wonsik Han from SNU hospital, was successful in separating and analyzing cancer cells circulating in the blood stream using the next generation sequencing (NGS) technology that reads genetic information. This technology allows cost efficient genome testing and genetic information analysis of cancer cells in the blood stream at the same time with a simple blood test. By analyzing the cancer cells circulating in the blood stream that comes from solid tumors, it is possible to predict the status of the patient. This work was published as the cover paper of the August edition of the international journal ‘Small’

Different from conventional methods of biopsy, liquid biopsy allows non-invasive initial cancer diagnosis and prediction only with the patient’s blood. 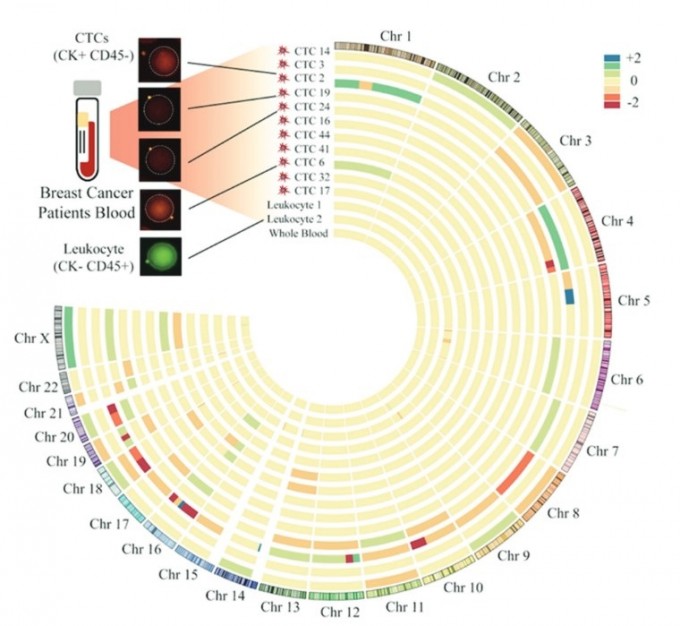