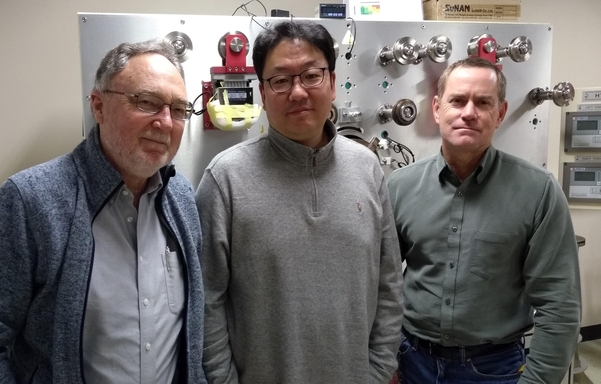 This work was a collaboration with the National High Magnetic Field Laboratory of the United States. The team generated 45.5 Tesla direct-current magnetic field, going over the world record of 44.8 Tesla which remained unbroken for the last 20 years. Their work was published in the international journal Nature on the 13th.

Professor Han is the first author of the paper. He said that the research results will make an impact on all fields including the medical field such as MRI for cancer diagnosis and machines for analyzing new drugs, the energy field such as wind power and energy storage system, the environment by applying it to handle wastewater, transportations that uses electricity, and industrial devices which requires high efficiency.

The magnetic field of the clinical MRI used for cancer diagnosis is around 3 Tesla. If it can be developed to work with 45 Tesla, the image resolution will increase more than 100 times.

This work of professor Han was selected as part of Samsung’s Future Technology Development Project on June, 2018. Also, it has been supported by Korean Research Foundation and National Science Foundation of the United States.