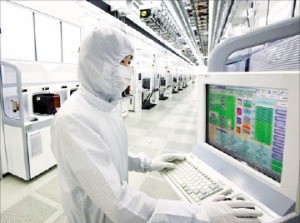 According to SNU on the 16th, there was an orientation of the ‘SNU-Samsung Electronics Semiconductor Special Education Program’ on the 10th, which identifies excellent students as industry-university cooperation scholars and cultivates them to become technical experts specializing in semiconductors. There will be a recruitment of undergraduate scholars for the second half of 2018.

Each semester, around 10 students have been selected for SSSP since 2007.. It has produced about 100 scholarship recipients who pursued their Master’s or PhD course in SNU. Starting from the second half of this year, the scholarship program has been expanded to undergraduate students. Master’s and PhD student scholarship includes exclusive theoretical and practical education on semiconductors and financial aid for tuition. The newly founded scholarship for undergraduate students provides 10 million won and a chance to participate in famous oversea conferences. It is mandatory for the selected scholars to work at Samsung for a certain period after graduation.

It is anticipated that the expansion of SSSP to undergraduate students will revitalize the human resource market of experts in semiconductor.

Hyungcheol Shin SSSP committee chair (Professor of SNU, electrical and computer engineering) said, “With the increased demand of high-quality human resource in semiconductor, there are more and more aggressive offers from Silicon Valley of the United States and China. To get a head start in fostering future intellectuals in the field of semiconductor, the scholarship program expanded its offer to undergraduate students.”