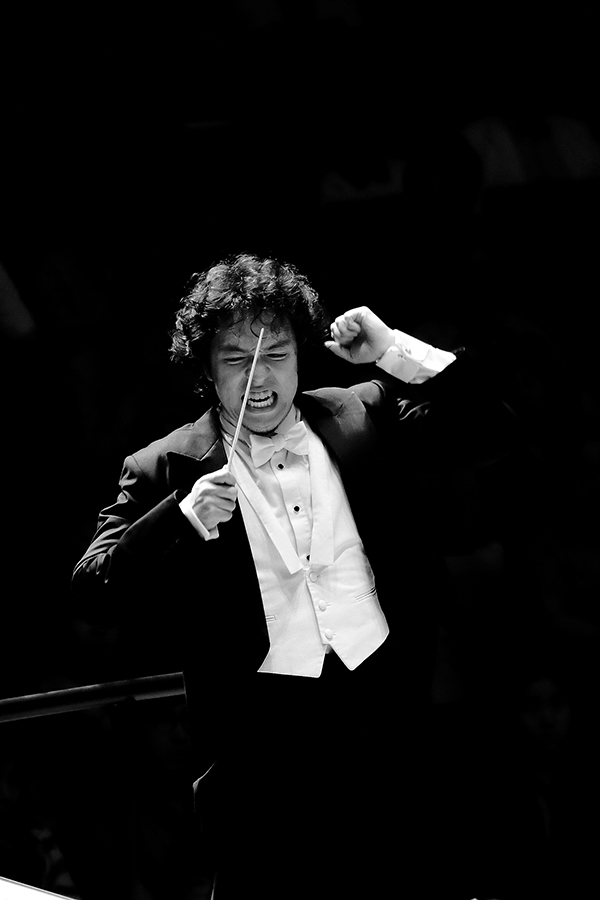 In the late 1990s, an engineering student from Seoul Science High School, who was a member of the SNU amateur choir, laid his hands on a baton by coincidence and felt an adrenaline rush. He was a bass baritone of the choir but got a chance to conduct Faure’s ‘Requiem’.

Conductor Yoonhak Baek(43) said, “I felt the significance as soon as around 100 people were there together.” Even though he learned piano when he was young, he never imagined this happening.

At last he ended up changing the direction of his life. After graduating from the department of electrical and computer engineering, he transferred to SNU college of music as a conducting major. Afterwards, he studied conducting at Curtis Institute of Music in the United States. He laughed saying, “My dream was to become a president or a general when I was young. Later, I wanted to be a scientist. I participated in Math and Science Olympiads but never received a music award before.”

However, the fate of conductor Baek seems like an inevitable consequence rather than simple coincidence. Music is not far from math and science. This was easily proven by Leonardo da Vinci. As an artist and architect, he was also a mathematician, a scientist, and a musician who even composed music.

The music scale is similar to math. Doremifasolasido is formed solely from a ‘dry phenomenon’ in the aspect of physics. It does not have a direct matching relationship with emotion. It is similar to math that basically consists of numbers 1,2,3,4…. However, the physical and abstract phenomena make the moments of tension and relaxation.

He also quoted the German philosopher, Schopenhauer. “He said, life itself hurts like hell, but art is what releases this pain even for a moment. All sorts of art look up to the form of music and music is the flower of art that frees human from pain and boredom of daily life. 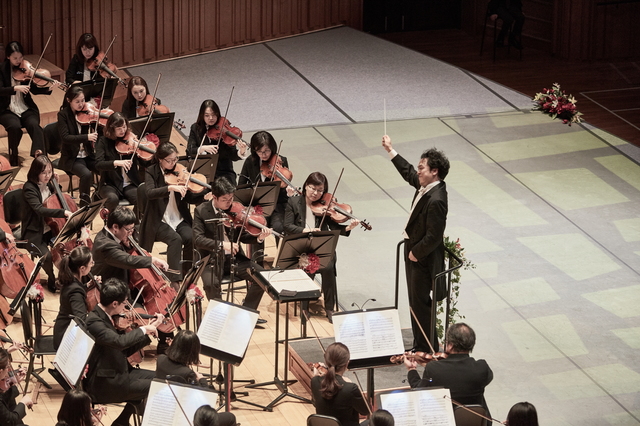 Conductor Baek expresses the power of music with all his body. When he conducts ballet music, he actively moves with the rhythm and melody, which is described as dancing by some audiences.

Conductor Baek communicates with the public like this. He teaches students at Youngnam University College of Music and participates in the opera creation as a music director and conductor at Philadelphia’s concert opera. Especially, he was complimented for conducting the ‘Pixar in Concert’ last year which was created by Pixar showing the main scenes of its animation with live music.

On August 3rd and 4th, he is conducting the Korea Coup Orchestra at the film concert ‘Star Wars in Concert : A New Hope,” which takes place in Jamsil Lotte Concert Hall. It is a performance that shows the 1977 film ‘Start Wars: A New Hope’ on screen and at the same time plays the movie soundtracks live by the orchestra on stage.

The music was directed by John Williams who is the current best music director and composer.

Live music brings life to film concerts. Audiences can listen to higher-dimensional music. This is quite tricky for the conductor and the orchestra, since while looking at the screen, the improvisation and insight on inserting film music at the right time is important.

Conductor Baek said, “Randy Newman, the composer of ‘Toy Story’ and Michael Giakino of ‘The Incredibles’ are amazing people. I learn and study a lot from conducting their music. I did not know when I just listened to them, but listening to them through the orchestra brought a new life to them. One of the potentials of music is that it can combine well with the popular culture and that triggered my interest.”

It means that just like how the duet ‘O Mimi, will you not return?’ from Puccini’s La Boheme Act 4 is played in the observatory scene in the blockbuster SF movie ‘Deep Impact’ , classical music can blend in naturally with the popular culture.

Conductor Baek’s dream is ‘social music’. Just like social sport, classical music can infuse into our daily life. Borrowing the name of Gustavo Dudamel(37), a world-renowned conductor from ‘Elsistema’ of Venezuela who is known as the symbol of culture and art education that gave dreams and hope to children through music, conductor Baek is sometimes called the ‘Korea’s Dudamelo,’ because of their similar passionate conducting and curly hair style.