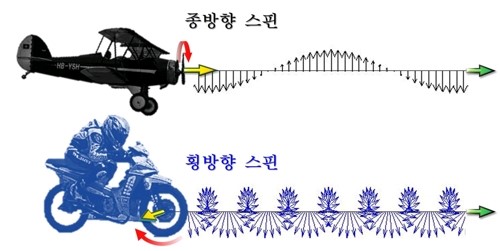 SNU research team developed a technology to control the axis of light spin from longitudinal to transverse for the first time in the world. SNU College of Engineering announced on the 21st that Professor Namkyoo Park’s research team published its results in the world-renowned journal, ‘Physical Review Letters.’

The team focused on the spin of light, also known as angular momentum. In traditional optics, it was known that transverse waves like light in a vacuum can only have a one-dimensional longitudinal spin that is parallel to its propagation direction.

However, based on the fact that angular momentum distribution of light is decided by the property of the medium, the team found out that it is possible to change the longitudinal spin to transverse spin by joining two different media. Medium in this context indicates a substance that transfers energy.

Professor Park said, “Through this research, we presented a method that can control the spin of light, which is in either transverse or longitudinal direction. We expect this to be applied in fields such as quantum simulation technology, which is a promising area of quantum computer, and fluid mechanics.”